Every kid dreams of having a treehouse in his own backyard.

That’s because it’s a place where kids can discover, explore, and investigate the world around them—in the arms of a big tree. At MSD, we think that every child should have a treehouse at school, too. Guided by a professional treehouse builder, MSD middle school students realized their dream and built a treehouse on our campus. Read below to learn more about how they collaborated together to build the first treehouse on a school campus in Denver!

At Montessori School of Denver (MSD), we think every child should have a treehouse at school. That’s why when our sixth grade students asked us to build a treehouse on campus, we couldn’t help but agree.

Montessori School of Denver encourages innovative thinking at every grade level, and the MSD treehouse is a perfect example of this special brand of education. The treehouse, conceived and designed by MSD’s middle school students, was designed to wrap around a large tree outside the new Arts and Athletics Center on the north side of campus. It will incorporate the beautiful branches of the stately tree but it will not rely on its leafy branches to provide support.

“We were very careful to make sure that the tree would not be harmed or disturbed by the treehouse structure, but still would be an integral part of its design,” said Julie Bragdon, Head of School at MSD.

Guided by professional architects, Chris Shears and Andy Rockmore of Shears Adkins + Rockmore, MSD middle school students visited the downtown architectural firm once a week to brainstorm and design the treehouse, using the real tools of the trade. They studied design concepts, learned to use the computer program Sketch Up, and built a number of dream treehouse models before they had their final design in hand.

“Going down to work with Andy Rockmore on the treehouse—that was so amazing—just a great experience. I would go back again and do it all day,” said Ethan Gedrose, MSD Alum.

Armed with a plan and drawings, MSD hired treehouse building expert John Griffin, Treehouse Colorado in Boulder, to construct this one-of-a kind structure. Griffin completed the final design based on the models with the students’ input and they approved! (Student Treehouse models can be seen in the Middle School Commons above the lockers – don’t miss them when you visit campus!)

“The architects told us that the treehouse could be a possibility, so we just started building on that idea and it’s great that it’s actually going to happen,” said Tommy Brinkman, MSD alum. 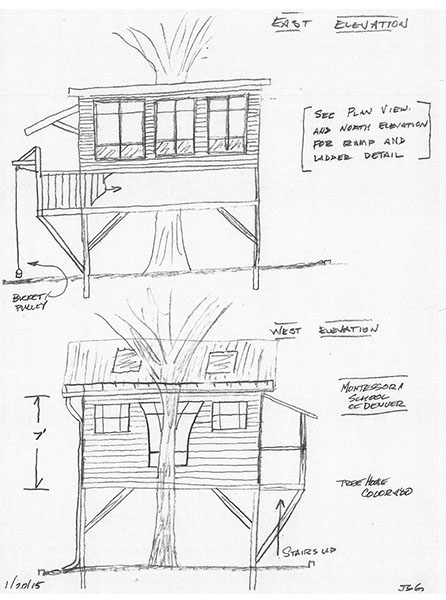 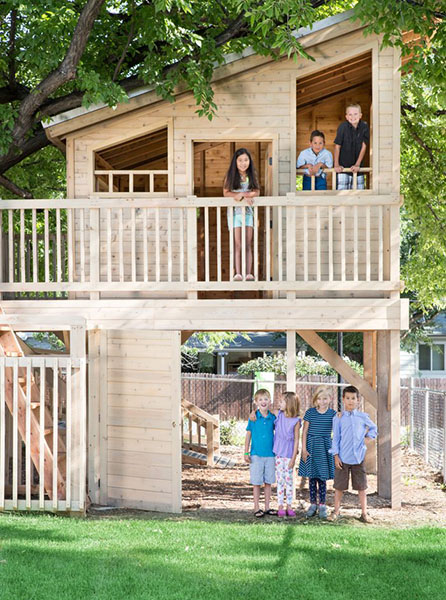 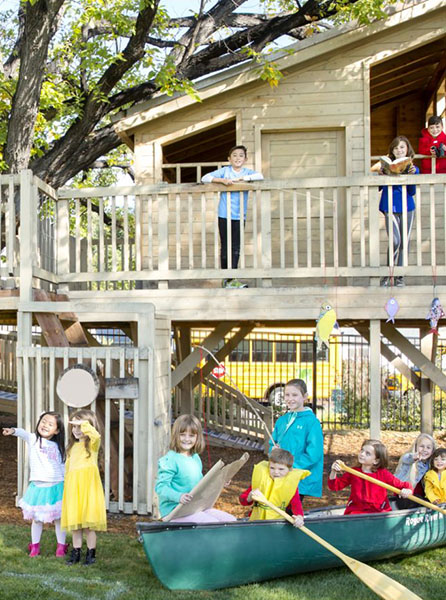